Happy New Year!
Following on from our last newsletter I am now able to report that the training we ran in Monduli in December, at the community’s request, went very well. It was enthusiastically received, with much participation from all attending. It was on the sensitive issues of sexual health: HIV/AIDs and FGC (Female Genital Cutting – a less judgemental term for FGM). Respected men and women of all ages volunteered to attend from 6 intermarrying villages. We had Elders, Traditional Birth Attendants (TBAs), who are also the respected women who perform the cutting (FGC), and younger men and women, some of whom have had formal education.

Amos Leuka and the welcoming choir 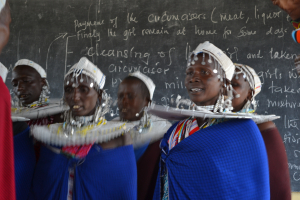 The training workshops were run over three days with facilitators from Aang Serian and SAFE Maa, who have both had success in their own Maasai communities with decisions being taken together to stop FGC. The 32 participants all joined in with whole group, and smaller group, discussions. I had taken a doll and models to demonstrate the effects of FGC on childbirth. The doll proved very popular, with everyone wanting to hold ‘him’, including the teachers : )

Mzee Ngobei with the doll 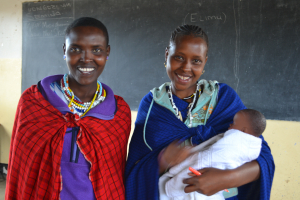 FGC was made illegal in Tanzania, as in many other countries, but practices that are an integral part of people’s culture need whole community collaboration and education to be able to change. All people need to be able to fully understand the issues, discuss, agree and change together. In areas where this did not happen, making the practice illegal had the effect of FGC being performed on girls at a younger age and in secret from the authorities. Our workshops aimed to address the issues so that the community can decide how they would like to deal with them.

The conclusions at the end of the training were that the participants would like the practice of FGC to stop in their community. To take the issue further they would like whole Community Health Education to address HIV/AIDS and FGC along with other important areas of health. In this way general health will be improved as well as sexual health, rather than targeting one area alone which is culturally very sensitive.

Participants during the workshops 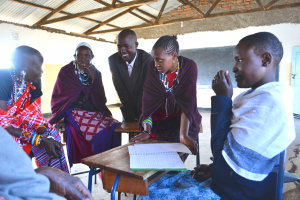 If you would like more information about the workshops here is a summary. Our full report is also available on request:

Mzee Ngobei, a facilitator from the Aang Serian sexual health project, covered the signs, symptoms, modes of transfer, prevention and treatment of HIV/AIDS. He did this in an interactive way, eliciting much from the participants. A lively discussion ensued on common local behaviour which would allow transfer of HIV. Poverty was identified as a big problem. Women have unprotected intercourse in order to get money for food for their families.

On the first day Mzee Ngobei, from Aang Serian, discussed principals of change. He said that we Maasai people have adapted to many changes of our culture over the years, adapting to changing circumstances. He gave many examples such as: moving from wearing leather to fabric, changing building materials and construction techniques for housing, adding arable farming to their traditional livestock rearing, starting to use money and types of capital investment, now having formal education, using modern medicines and veterinary medicine. The participants agreed that these changes have all improved the quality of Maasai life without diminishing their cultural identity. Edward Ngobei Laizer then cleaned the board and wrote in large letters – Elimu [Education] and stated that this was the key to improving Maasai lives.

There followed a discussion that, while people were aware of problems such as excessive bleeding, FGC remains a highly valued part of Maasai culture. Edward Ngobei Laizer again stressed that Maasai have a distinct identity and that they can move away from FGC too and still remain culturally intact.

A young educated male participant then said that they should stop FGC because educated men would prefer uncircumcised wives. He added that if you want your daughter to marry an educated man it will be an advantage for her not to be cut.

An older TBA demonstrated that Maasai women ‘bleed so much’ during childbirth and take three weeks or longer to recover. She has observed that non-Maasai women recover quickly and are up and about again in days. A middle-aged female participant stated that Maasai men are marrying uncut women [from other tribes] and that they are very happy. The participants then agreed that in theory at least, it would be good to stop.

Mzee Ngobei also covered myths about FGC, for example it is traditionally thought to protect from bacterial and fungal genital infections that cause itching, locally called ‘lawalawa’. In fact the cutting often leads to more infection. Circumcised and uncircumcised women alike can be affected by these infections. They are preventable by good hygiene and can be easily treated by medicine. Circumcised women may feel less itching due to the loss of sensitive genital tissue, but this means infections are likely to go untreated and cause more harm such as infertility.

He then moved on to FGC and skilfully facilitated further discussions. He elicited most of the harmful effects from the participants. First he asked ‘What is Good about FGC?’ He then divided the participants into small groups of the same gender to discuss this. Then they all came back to report to the whole group. 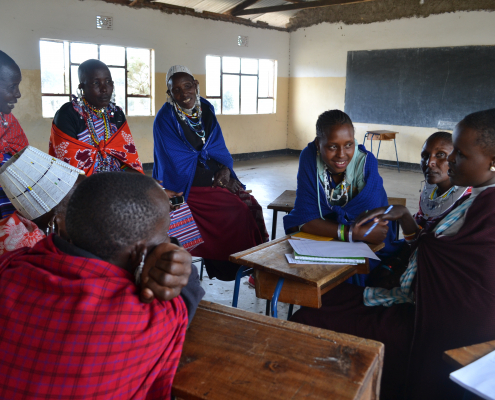 They came up with a few points: respecting their parent’s traditions, marriageability for the girl and status for the girl as a woman and reducing promiscuity. The next question asked was ‘What is bad about FGC?’ This led to a lot more heated discussion and many more responses such as:

Amos commented that they had a lot more points against FGC than for it. He then put his final Question to them: ‘What would you like to do about this?’

Their unanimous response was that they would like to stop or ‘abandon this regressive culture’. Discussions then ensued on how to go about this. They came up with many ideas about who to talk to in their communities and which organised bodies they could involve, such as political groups, church groups, village leadership etc. They said more training and education on the issues was needed for girls, boys, adults, parents and families. They said their government also has a responsibility to pay for this education.

The participants said that they would go away and talk to their families and communities about what they had learnt and discussed. The women particularly requested that we at WTWT could give them more education in order for them to have the confidence to talk to others. The group also felt that whole community education on all areas of health would be ideal. WTWT agreed that we would work together towards this. 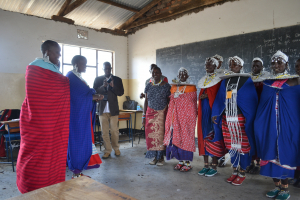 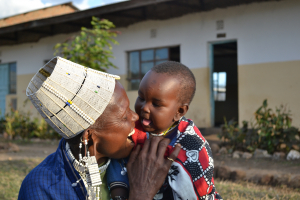 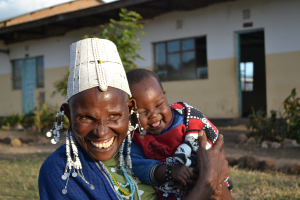 Women participants during a break 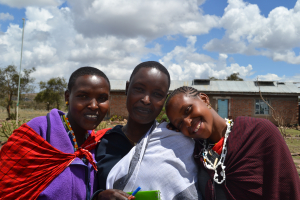 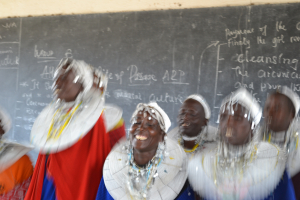 We will keep you informed of progress with this work.

We are hugely grateful for all your financial support and your encouragement for all our work. Without you we could not do any of this.

We are having a Barn Dance on Saturday 1st March 2014 from 7-11pm in Weston Turville Village Hall, School Approach, Main Street, Weston Turville, Aylesbury, HP22 5RW, to raise funds for our work. Tickets are £15 to include a meal with a vegetarian option, and there will be a bar and a raffle. If you would like tickets please contact me by phone or email (below)

As always, our expenses and administration are paid by ourselves, so all of your donations go directly to the community projects.

If any of you would like to make a donation towards our work, or set up a standing order, we would be extremely grateful, as would the people in Ngorongoro.

Our bank account is: ‘Weston Turville Wells for Tanzania’ at Lloyds TSB, account number: 00087400, sort code 30-90-38. Cheques can be made payable to ‘WTWT’ and posted to our address below.