When we first met Ponja and the community in 2005, east Africa was suffering a drought. Climate change has caused the once regular twice yearly rains to become irregular and sometimes to fail. The streams, upon which the people of Irkeepusi were once able to depend, now dry up during droughts and the women and children have to walk long distances and dig down to find water. This water is contaminated by their livestock and by wild animals, but they still drink it. Many of their cows, upon which they depend, die during the droughts and the people are often hungry. Lack of water and hunger is a regular part of their lives during the dry seasons each year.

As this was an urgent problem we met with Ponja and the village leaders and planned and built 4 wells. Ponja organised the construction with the labour provided by the local community and the installation supervised by local engineers. They were then able to pump their own clean water for the first time. In this project we were supported by Richard Cansdale and used his low cost, easy to maintain, Canzee pumps. Subsequent water projects have been the repair of a rainwater collection system at the local primary school and a survey for a system of gravity pipes from a mountain water source to serve other areas of the village.
The NCAA (Ngorongoro Conservation Area Authority) have now built the planned pipeline, providing clean water to the secondary school, the local dispensary and some of the villages. 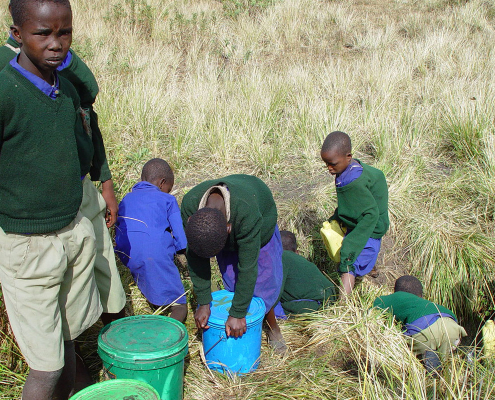 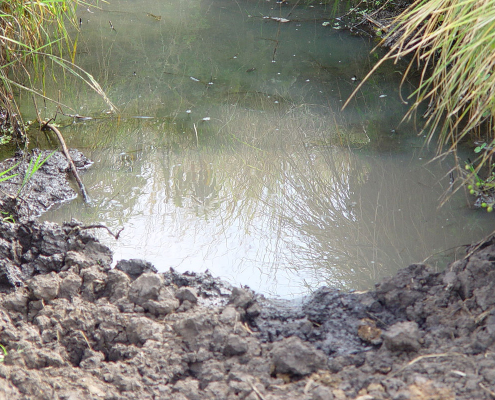 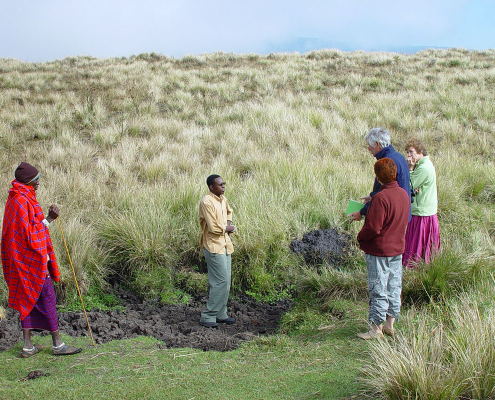 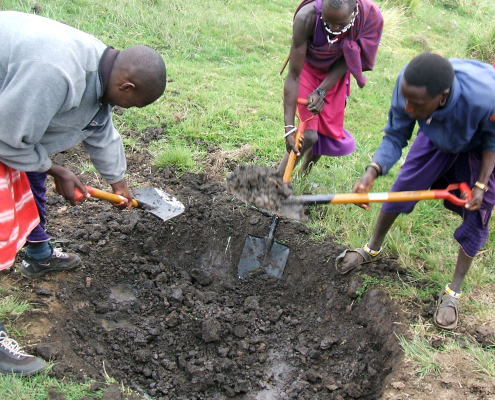 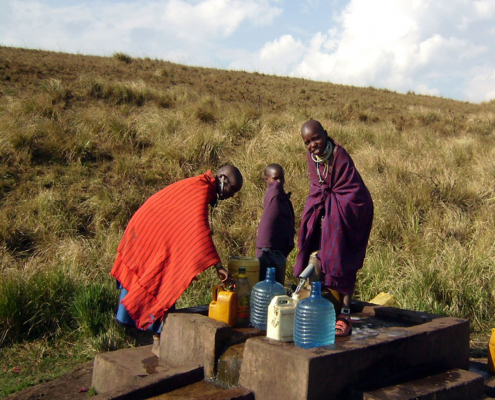